Why I’ve got to write about:

The Military and The Academy 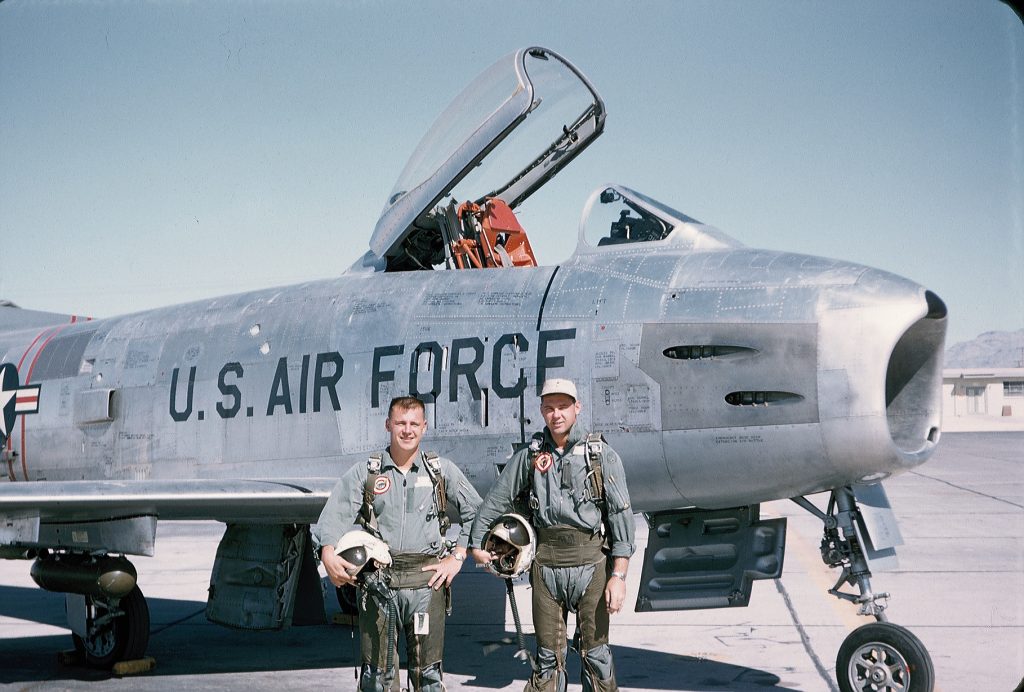 As you see in the picture above, my dad was a fighter pilot in the Air Force, which makes me an unruly “military brat.” But I prefer the term old pilots at his squadron reunions favor: spawn. I’m spawn, my husband’s spawn, and because both of us were in the Air Force, our kids are jointly spawned.

In fact, we would have three generations of Air Force service, but two of our sons chose the Navy. One’s a Marine, the other a Submariner. When the Navy offers your spawn ROTC (Reserve Officer Training Corps) scholarships to college, wise “parental unit” spawners go with the junior spawns’ choices. (Sorry, Air Force) Because free is good.

He flew not one but two tours during the Vietnam War. A tour was 100 combat missions, which usually took just under a year to accomplish.Only one tour was required, because they were so dangerous. But he volunteered for the second. I’m proud of my dad’s courage and service, though it came at great cost to us. And I’m grateful we spawn (my sisters and I) learned that despite the family’s hardship, it’s important to serve and value our country.

That ‘service’, patriotism, and the education, drew me to attend the U.S. Air Force Academy.  After graduating from USAFA, I fulfilled my 5 year commitment, and got out, or separated, from the Air Force in 1988. My 5, or 10-year military career (if you count the 4 years of the academy and a year of civilian preparatory school) was not happy or fulfilling. It colors my view of government and the military, but I still believe in serving one’s country, and the need for the professional armed forces. I have a dream that one day our military will be effective, efficient, and led by a qualified military and civilians who know what the services and nation need, and have the will to get it. It’s a dream. 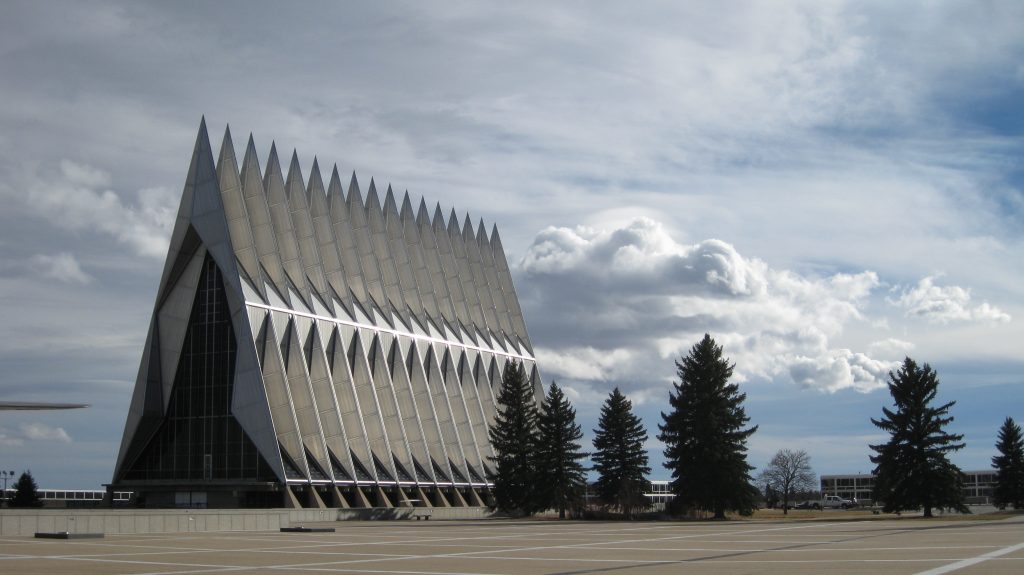 My husband served in the Air Force (Logistics) for 27 years, including being a squadron commander three times, and a group (many squadrons) once. That made me the boss’s wife. (Oh boy). On September 11, 2001, he was deployed to Turkey, supporting the troops to ensure Saddam Hussein didn’t violate the “no fly-zone” we were imposing. I knew enough about the military that after 9-11, my husband might not be home for quite a while. Those were good times for no one on the home front.

Since I’ve been looking at the military all my life, and exploring a small bit of the world of serving Wounded Warriors, and veterans, this is a passion of mine.  It’s also a God-given interest, because without that gift (of interest in the military) I would not be able to handle well having sons in the military, and would probably put my head in the sand till these interminable wars are over.

I have a dream that one day our military will be effective, efficient, and led by a qualified military and civilians who know what the services and nation need, and have the will to get it.

There’s a lot going on with the military, and I’m no expert. But I’ll write about it, cuz I’m a spawn, a co-spawner, and a mom of spawn-makers, and my (spawn-ish) brain’s too full. Myb2f.blog. 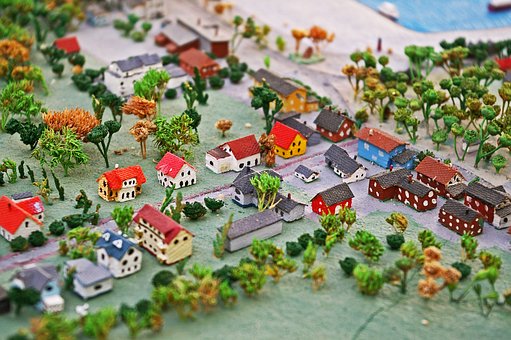 A little Introduction to Country Living:

A Small town, A spot of Land, & Beasties

This beautiful Texas town has been my ‘home’ for  more than a decade. It’s so strange to answer a friend, “Yes, I know so-and-so, we used to do ‘X’ several years ago.” And usually ‘X’ is some exercise or fitness thing I no longer do. Sigh.

We moved here in 2005 when the population was 10,543. Like most military families, two years was the longest I had lived in one place. As I said, it was my 25th place and 30th home in 45 years. But this time moving was much harder.

A spot of Land

My husband went to work for an old college roommate. The older kids went to a private school connected to the church, and I homeschooled the younger two. But before long, I had to find a job, for the first time in 17 years. I know, I know, I was privileged to ‘stay at home’ for so long, but the flip side was my resumé was obsolete and sparse. I was not prepared. Knowing how to email and Ebay wasn’t enough in the super duper high tech world of 2006 (even before social media!)

Meanwhile we searched for a house. In this small town with big prices, we could afford  either a house that fit us, or a bit of land. We gave up on having both.

Starting over here was difficult because two years earlier we had committed to serve at a Christian ministry near Dallas. We liked it so much, however, that we planned to stay forever. We invested a lot of love into the people, and plunked a lot of money into the house and pool. Then the leadership at the ministry turned toxic. (But more of that later) We left, heartbroken, when our two years was up. Our four kids were glad to leave the ministry, but not keen on starting over. Especially high school. Again. 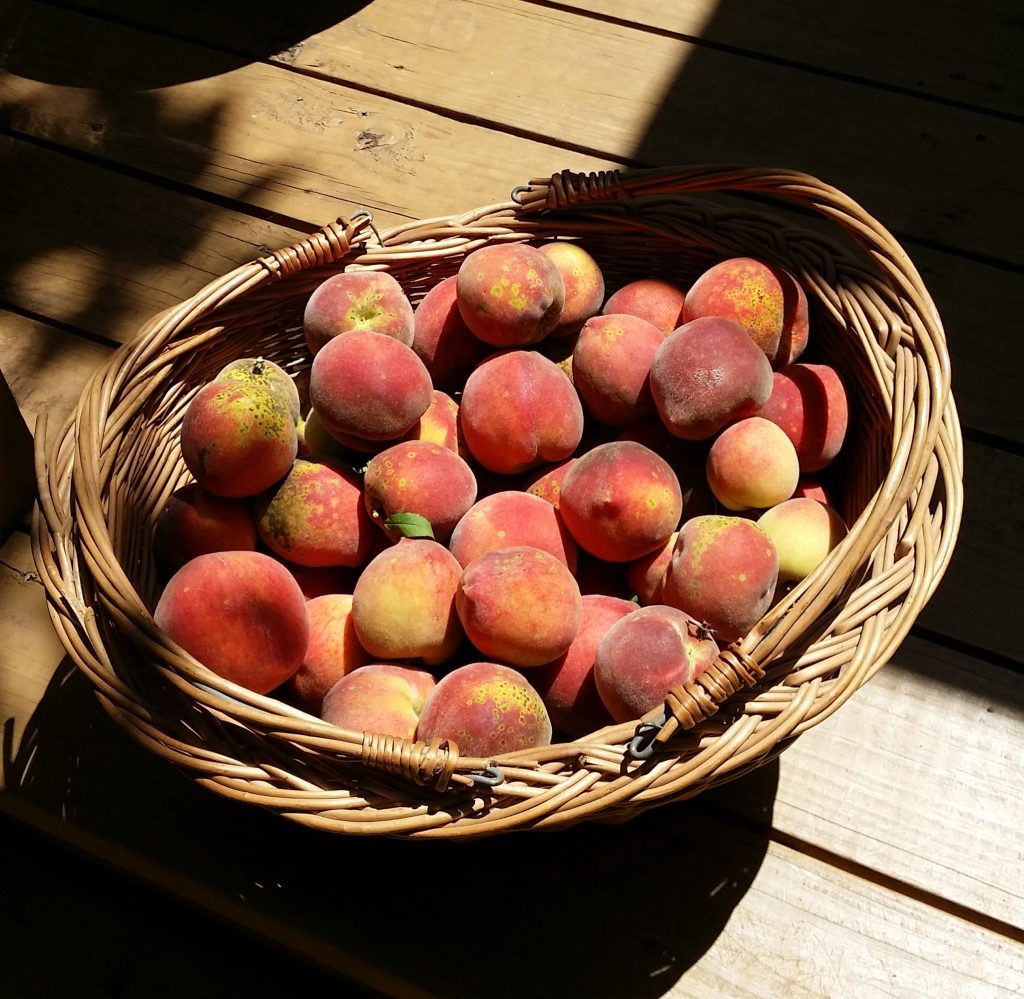 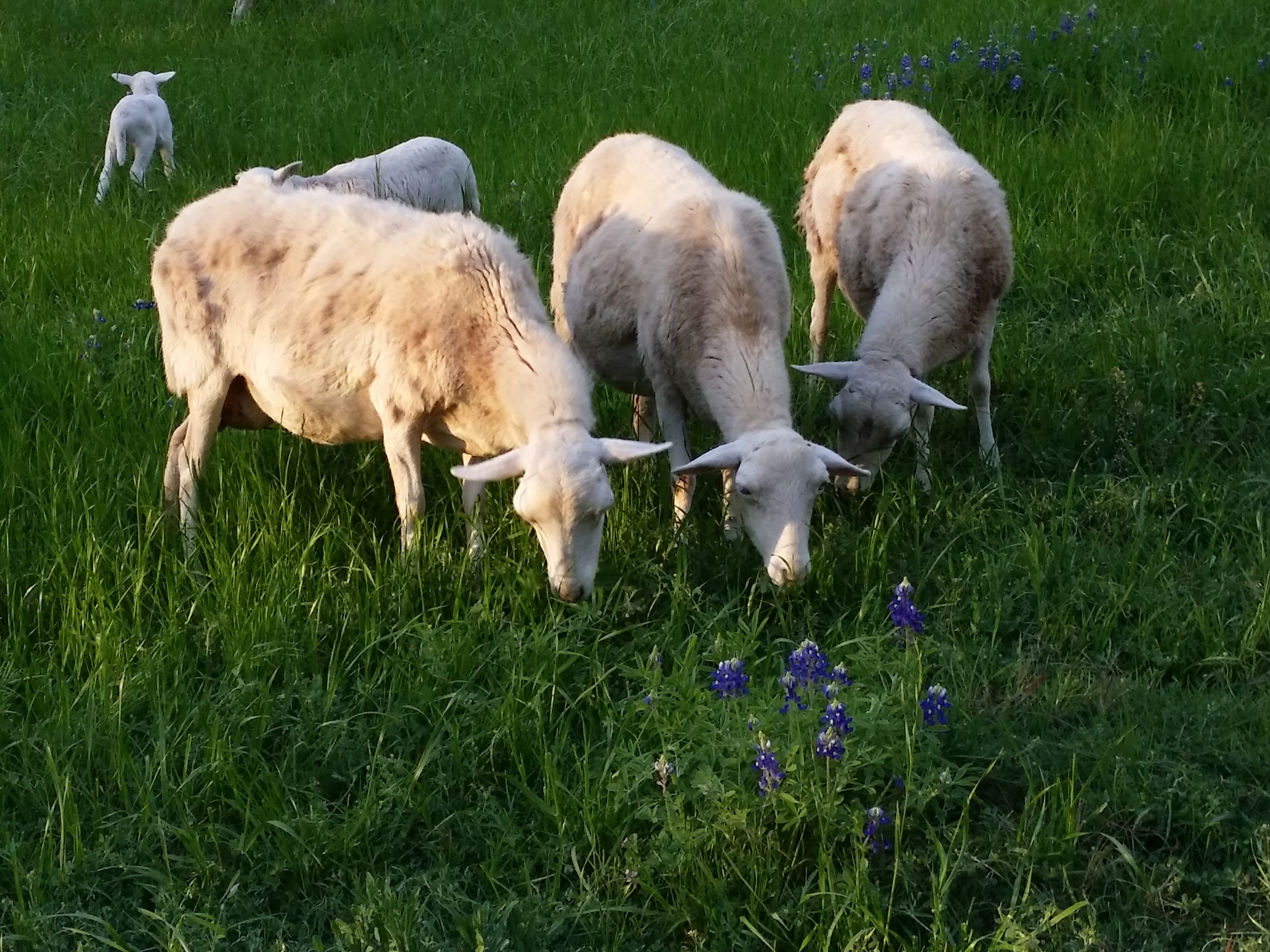 I’m glad we moved here, truly. I see a portion of how God has and is using it. Besides, where else can all your kids march in parades, ride on floats, and get across town in ten minutes? Where else but in small towns do the police and/or fire department escort the football team out of town for their ‘away’ championship games?

Country living and small towns just feel safer, slower, and more old-fashioned easy.  But they do have great challenges: Parades and poison ivy. Tourists and other critters. Truly, my brain’s too full.

Enter God, who provides as He likes to do, in amazing, unforeseen ways. We found (and repaired) the house, and built the fences. We have just enough land for my Black Thumb Gardening and pasture for a tiny flock of sheep.

Add to the (I say this kindly) misguided sheep some bounding deer, thieving raccoons, and paranoid skunks. Two cats and a dog. (sing with me “Life used to be so hard”… ) 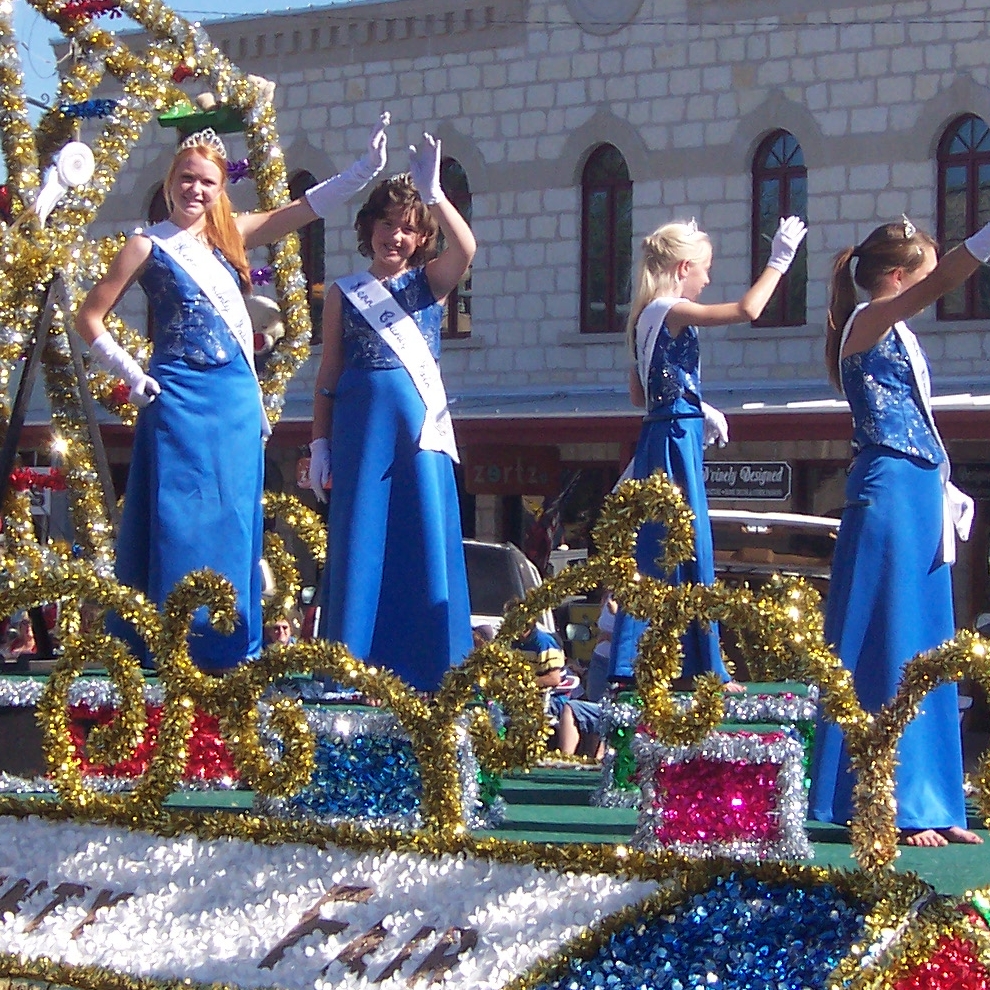 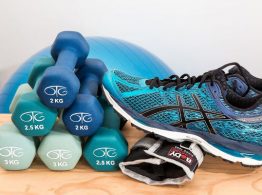 Let’s tackle some food questions, or at least commiserate over why the experts can’t seem to agree on whether eggs, or protein, or salt, or just about anything, is “good or bad” for us.

As my shockingly young podiatrist says, “You’re not ‘old,’ parts of your feet are just ‘well-traveled’.”

Here’s a fun topic for those of us getting older, and those of us who’ve spent some non-quality time with depression, dysfunction, and addiction. Allow me to ease the way with my own discoveries; teasers provided below:

Like who knew probiotics can help one travel again without gut issues? At least, they’ve worked for me.

And I’ve discovered the beauty and effectiveness of those little ancient needles of acupuncture, and the newer Pulsed Electromagnetic Field (PEMF) benefits, specifically from the German BEMER (Bio-Electro-Magnetic-Energy-Regulation), which oxygenates and remove toxins from our blood.

I’ve also found Adult Children of Alcoholics and/or Dysfunctional Parents. ACA is a 12=step Recovery group (under the same umbrella organization as AA, Al-Anon, etc) that really helps me figure out survival methods I learned as a child, and how to give them up now that they don’t serve me well. In other words, I’m learning why I do what I do that I don’t want to do anymore. And to stop doing it!

We’ll have fun with stuff I’ve seen but am not sure of, and stuff I hope to never see again: pain and casts, surgeries and procedures.  Add to those my own poor social intelligence, and whew! This page’ll be stuffed.

As my ‘Earthly Suit’ ages, I hope my mind is the last to go. It might be pretty empty by then, but right now, my brain’s too full. Myb2f.blog.